The Missing Ones: An absolutely gripping thriller with a jaw-dropping twist
Patricia Gibney

The hole they dug was not deep. A white flour bag encased the little body. Three small faces watched from the window, eyes black with terror. The child in the middle spoke without turning his head. 'I wonder which one of us will be next?' When a woman's body is discovered in a cathedral and hours later a young man is found hanging from a tree outside his home, Detective Lottie Parker is called in to lead the investigation. Both bodies have the same distinctive tattoo clumsily inscribed on their legs. It's clear the pair are connected, but how? The trail leads Lottie to St Angela's, a former children's home, with a dark connection to her own family history. Suddenly the case just got personal. As Lottie begins to link the current victims to unsolved murders decades old, two teenage boys go missing. She must close in on the killer before they strike again, but in doing so is she putting her own children in terrifying danger? Lottie is about to come face to face with a twisted soul who has a very warped idea of justice. Fans of Tess Gerritsen, Karin Slaughter and Helen Fields will be gripped by this page-turning serial killer thriller, guaranteed to keep you reading late into the night. What everyone is saying about The Missing Ones 'I had been looking forward to reading this book and I was not disappointed. I will certainly be reading more books in this series.' Angela Marsons 'This debut novel from Gibney is just EVERYTHING!!! This was THE BEST book I have read in quite some time. If I could give it more than 5 stars, I would!' Butterfly's Booknerdia Blog 'Totally riveting and 100% engrossing.' Books From Dusk Till Dawn 'A gripping read from beginning to finish.' Deja Read 'AMAZING! Really well written and kept me itching to read the next page. It was unputdownable! Cannot wait to read book two when released.' Goodreads Reviewer 'I was immediately grabbed by the opening paragraph and was so enthralled that I read it in two sittings. I only put it down when my eyes refused to stay open!' Goodreads Reviewer 'It's one of those stories where you look at the clock and you think just a couple more chapters, and then you look again and hours have gone by. It was well worth the lack of sleep.' Goodreads Reviewer 'A phenomenal read for a debut novel - when I say good, I mean gooooooooood.' Page Turners Nook 'Gibney definitely is a writer to watch and an exciting new voice in crime fiction.'But Books are Better 'This story has it all, compelling characters, a strong plot, a lot of action, suspense, and tension. Reading this novel was fascinating and totally engaging.' Carol's Place 'I have found a new crime author to add to my must read list. I find it incredible that this is a debut novel, as it's polished, well plotted and gripping.' The Book Review Cafe 'Thrilling ... filled with twists and turns that surprise you out of nowhere; it is dark, mysterious, and gripping.' The Reading Lodge 'Wow! Thrilling and tense, with so many twists. A page-turning, unputdownable read. The suspense builds up throughout the book and the pace never lets down. And the ending - wow! I did not see it coming! I am in awe of this author. Five amazing stars.' Renita D'Silva 'If I had to describe this debut thriller in just one word, I'd choose engrossing.' Book Reviews by Monnie 'Every now and then something good comes into your life. Well in this case two things have. Detective Inspector Lottie Parker and her team; and the author Patricia Gibney who has written a brilliant page turner of a crime thriller. Let's hope we hear a lot more from both of them.' Nigel Adams Bookworm

The hole they dug was not deep. A white flour bag encased the little body. Three small faces watched from the window, eyes black with terror. The child in the middle spoke without... END_OF_DOCUMENT_TOKEN_TO_BE_REPLACED

The Missing Ones: An absolutely gripping thriller with a jaw-dropping twistEngelska - Pocket
ISBN: 9780751572179

The Missing Ones: An absolutely gripping thriller with a jaw-dropping twistEngelska - Pocket
ISBN: 9780751572186

I spindelns nät
Along Came a Spider
James Patterson 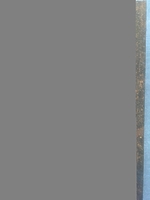